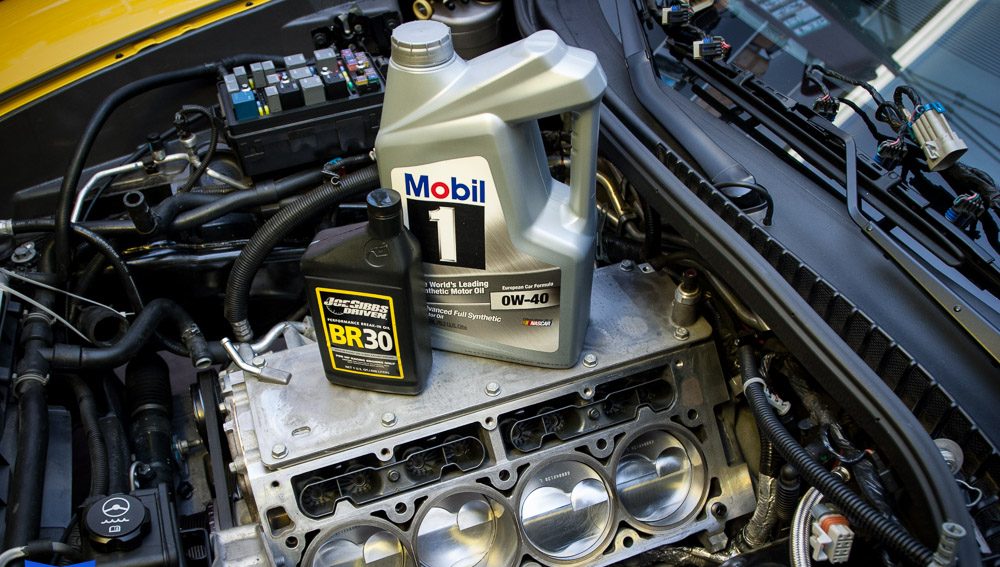 The shop Z06 is on the mend from recent piston surgery, and I bought some Mobil1 0W-40 motor oil to fill up the dry sump tank for its initial fire. GM recommends 5W-30 Mobil1 and every LS7 leaves the factory filled with it, and I like the 0W-40 only because it has more zinc, and it is preferred oil in my crowd at the local tracks. I mentioned all that to Dave Crume (of Crume Racing Engines), who built the short-block, and he cringed. He told me to use Joe Gibbs break-in oil for a couple of hours, then switch to a quality non-synthetic oil, and then to a synthetic oil at 500-1000 miles. He said the engine wouldn’t break in properly unless I did that.

On the other hand, while I’ve built a few motors, I can’t say any of mine were ever safe to 7100 RPM, the LS7 redline. CRE has built dozens, if not hundreds of motors, and many of them regularly see that kind of RPM. Who am I to say that my oil choice was the right one? I was using GM’s engineering background as my justification, and I had even changed that. So I’m going to follow Crume’s recommendation, even though I’m not convinced it makes any difference. At all.

On the other hand, if something were to go wrong, I want to be able to say that I followed my engine builder’s recommendation to the letter. And so it goes. Myth? Legend? Carefully imparted experience? Who knows? I do know that this weekend, I’ll be putting 10 quarts (at $9/quart) of Joe Gibbs Driven BR30 motor oil in my car and then discarding it after 2 hours of driving.

Your mileage may vary.

One thought on “Knowledge with Oil”